National Federation of the Blind

Rooftop was called in to handle The National Federation of the Blind’s crisis reputation management when a visually impaired Baltimore citizen was escorted off a train at an unknown location due to a fare rate change that was not communicated with the brail reader and thus not paid in full by the passenger. The media did not give attention to the situation so a Rooftop recommended and implemented a reverse strategy, which ultimately caught the media’s attention. Rooftop ran a paid print ad in The Baltimore Sun, which generated tremendous media coverage on all four Baltimore news stations over a period of several days, and more importantly prompted immediate change to the brail at all pay stations. 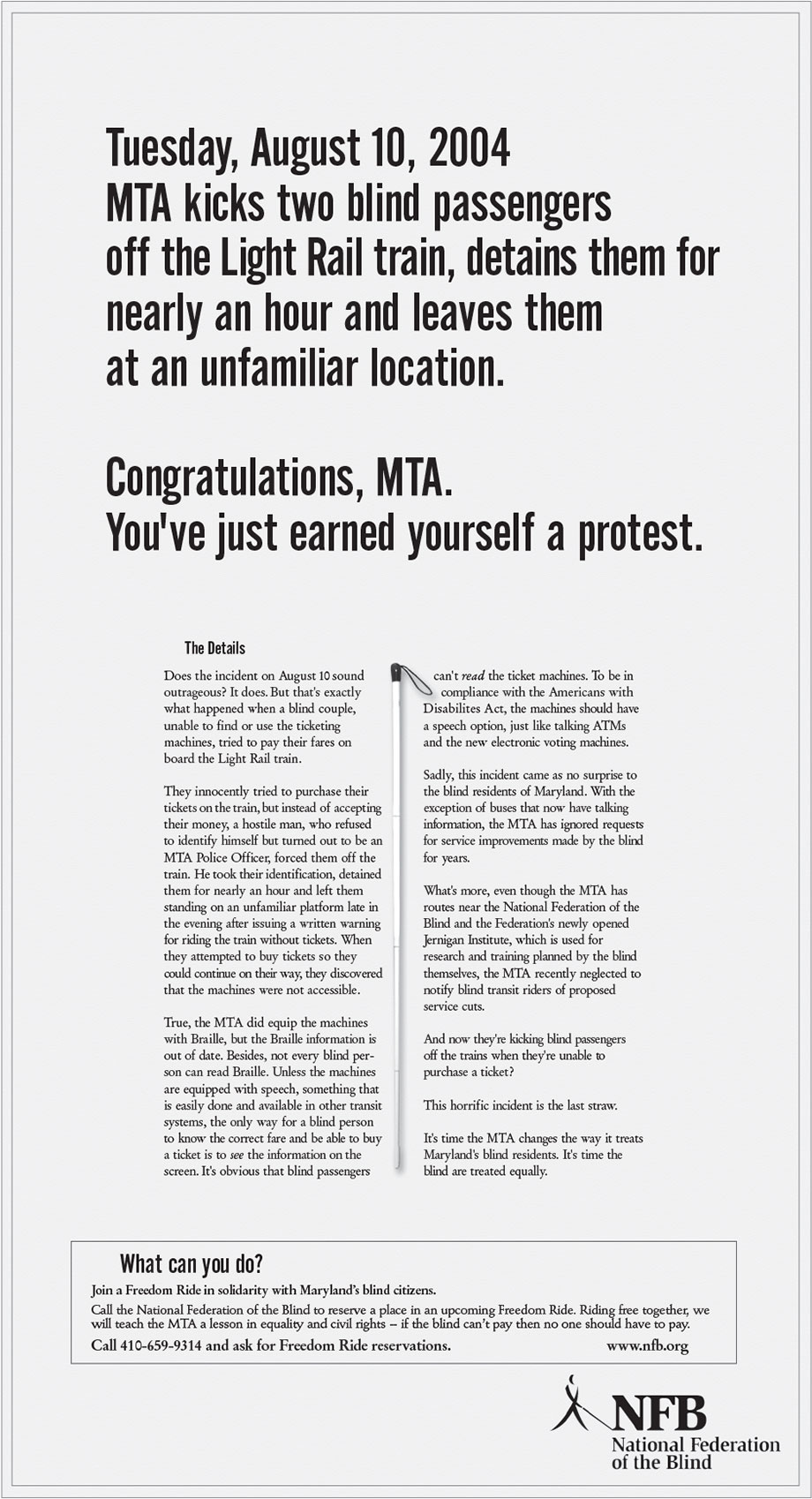 Our roots are here. Our families are here. Our community is here. We work here and play here. Baltimore is our home and we're proud to make that claim. This is a small market with big personality and national impact, and a uniquely creative nature. Rooftop taps into Baltimore's distinctive qualities on behalf of our clients day in and day out.